Hello Everyone. I think I have ironed out most of the wrinkles with Blogger and got the blog looking almost like I want it, so I am going to start with a proper post, introducing myself and my blog.

My name is Colin Conroy. I am 48 years old, was born and brought up in Liverpool, and since then have lived in many places, including Aberystwyth, Manchester, Dorset, London, Lebanon (for most of four years), Canada, the West of Ireland, London again, and now Middlesbrough. For many of these years I lived in a variety of different types of Christian community. I may write more about these in future blogs

For most of that time I was a single man but in 2013 I met a beautiful lady called Sue, and in October 2014, when I was 45, we were married, at St George’s Church in Southall, West London. 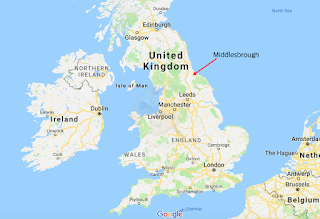 On the 31st of July 2016 we moved to Middlesbrough, in the North-east of England and in May of 2017 we at last moved into our own house in the North Ormesby area of the town. Ever since we first started talking of moving here, we have realised that many people from other parts of the UK, and particularly London, have no idea where Middlesbrough is, except for a vague notion that it is somewhere (waves hand dismissively) ‘up there in the North’. With that in mind, I have included a map of England in this blog post, specially adapted to help you find Middlesbrough. It is in the very north of Yorkshire, but closer to Newcastle than to Leeds, York or Hull. Although outsiders often mistake the Middlesbrough accent for the Geordy (i.e. Newcastle) one, it is actually quite distinct and I often think it falls somewhere in the middle of a triangle of which the corners are occupied by Yorkshire, Geordy and (perhaps surprisingly) Liverpool accents. I might write more about this in a future blog-post.

One of the reasons I decided to write a blog was so that I could have somewhere to share my enthusiasm for the natural world and to tell people about the birds, flowers, insects and other wildlife that I see all around me, and I am sure that most of my posts will be on this theme. However, I think it will be a good place to share my musings on other things as well and so there will probably be a fair smattering of random thoughts and experiences in there as well.

If you like what you read, please feel free to follow my blog, and perhaps even tell other people about it. 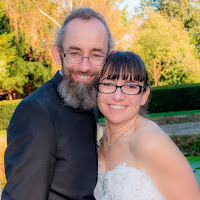