After a little break the Species Spotlight is back, although from now on it won't be every day. Today's species is a bird that is still quite common in towns and cities in the UK - the Pied Wagtail (Motacilla alba yarrellii).

When I was young (probably before I started calling myself a birdwatcher (so really very young)) I used to think that Pied Wagtails and Magpies were big and small versions of the same thing. They are both black and white with long tails after all. However, as you might already know, they are not closely related at all. Magpies are large, noisy (and disliked by many people - unjustly in my view) birds in the crow family, while Pied Wagtails are friendly little things which are often seen in urban areas.

You may have noticed that the scientific name that I have given above has three parts instead of the usual two. This is because our Pied Wagtail is actually the British and Irish sub-species of a much more widespread species called the White Wagtail. The first part of the name, Motacilla, is the genus to which all the wagtails belong. The second part, alba, is the specific name for White Wagtail, and the third part, yarrellii, is the name of the subspecies which in English is called Pied Wagtail, and is named after the prominent English zoologist William Yarrell (1784-1856) who wrote, among many other volumes, A History of British Birds (first published in 1843).

Pied Wagtails (and all White Wagtails) have a distinctive two-note flight call - chizzik- leading to them being called (by some birders) Chiswick Flyovers. Another interesting fact about them is that in winter,  flocks often congregate together in town centres where they roost overnight in street trees or on the window-ledges of buildings.

Posted by colintheconroy on Saturday, September 19, 2020 No comments:
Email ThisBlogThis!Share to TwitterShare to FacebookShare to Pinterest

For the last day of my 'Species Spotlight Challenge' I have chosen a very distinctive-looking duck, which is surprisingly common in the UK, considering that there is a good chance that, unless you are a birdwatcher, you have never seen one or perhaps even heard of the species. It is the Northern Shoveler (Spatula clypeata). As you will see from the first photo below (which is a free to use image from the internet because I couldn't get a picture of a male in its 'normal' plumage today- read on to find out why that is) the male shoveler, for most of the year, is a handsome duck (a bit smaller than a Mallard) with an irridescent green head, mostly white underparts except for the deep rusty-red patch on the side, and darker upperparts.  Oh, and it has an enormous, weird-looking, flattened bill, which is where both the English name 'Shoveler' and the scientific name for the genus (Spatula) come from.

The bill is specially adapted (with small comb-like 'lamellae' on its edges) to filter food out of the water  as the bird swings its head from side to side just below the surface. They breed in open wetlands and marshes with shallow muddy pools (which contain lots of the invertebrates and plants on which they feed). Shovelers are quite widespread as a breeding bird in the UK, with their core areas being the North Kent marshes, the Ouse Washes in East Anglia and the wetlands around the Humber estuary. The population is swelled, and their distribution expanded, in the winter, when our breeding birds are joined by those from other parts of Europe. This is when you are much more likely to see them - even in the middle of London where they can be observed at the London Wetland Centre (owned and managed by the Wildfowl and Wetlands Trust) in Barnes, a short bus ride from Hammersmith Tube Station. They can also be found in large numbers at reservoirs such as Abberton in Essex and Rutland Water in the Midlands.

Female Shovelers and 'eclipse' males (I'll explain this term in a minute) would look quite like a female Mallard (i.e. streaky brown) if it wasn't for the whopping 'schnozz' of a bill.

Ducks are unusual among birds in that they moult all their flight feathers at the same time (just after breeding, in late summer) and so become flightless for about a month or so. This makes them more vulnerable to predators and so the brightly coloured males of many species, including the familiar Mallard and today's spotlight species the Shoveler, have a different plumage at this time of year which makes them look more like the females and so less vulnerable to being caught and eaten. It also explains why I couldn't get a nice picture of a male in its typical plumage when I went out to Portrack Marsh today.

There are usually subtle differences which the experienced eye can use to tell which are females and which are eclipse males. In the case of Shovelers these males generally have darker heads, more rufous underparts and they retain a sky-blue patch on the wing (normally only visible in flight). In the photos below, I think the first one shows a female and the other two (the same bird in different postures) are of a male.

Posted by colintheconroy on Saturday, September 05, 2020 No comments:
Email ThisBlogThis!Share to TwitterShare to FacebookShare to Pinterest

The Northern Lapwing (Vanellus vanellus), usually just known as the Lapwing here in the UK, where it is the only kind of lapwing  regularly occurring, is a wading bird in the Plover family (I talked about this family in the blog on Ringed Plover a few days ago - Day 17 - Ringed Plover).

This species has been known by a lot of different names in different parts of the British Isles over the years, including Peewit, Pyewipe, Tuit (all being renderings of the thin, high-pitched call) and Green Plover. This last, is what my Irish father called it when I was young, along with several other 'folk' names for birds - Crane for Grey Heron, Skaul Crow for Hooded Crow and Black Hag for both Great Cormorant and European Shag. When I started to become a fully fledged birder as a teenager, he stopped using these names, in favour of what I thought (and I'm sure told him) were the 'proper names'. Now, several decades later, I regret this and can see that these 'folk' names for birds actually make the language richer, as well as being a reminder of a time when ordinary 'folk' actually knew what these birds were, even if they didn't know the 'official' names for them.

The Green Plover (or Peewit, or Pyewipe, or Northern Lapwing) was once an extremely common bird which would be seen all over the country, both as a breeder in the summer and in huge flocks on arable fields in the winter along with its cousin the Golden Plover. Numbers have plummeted in recent decades and Lapwing is now on the Red List of Birds of Conservation Concern (BOCC4) because of the extent of the decline. It can still be seen fairly easily at the coast or at wetland nature reserves (such as the RSPB's Saltholme reserve, where these photos were taken), but the overall numbers are much lower than they would have been forty or fifty years ago. 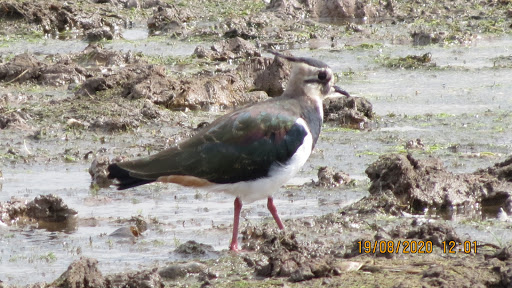 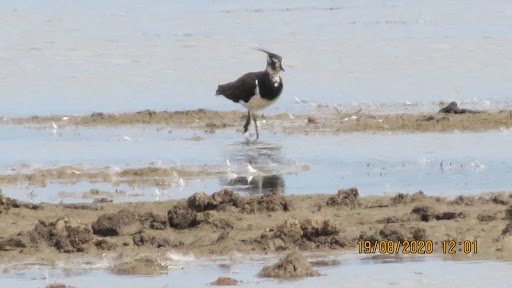 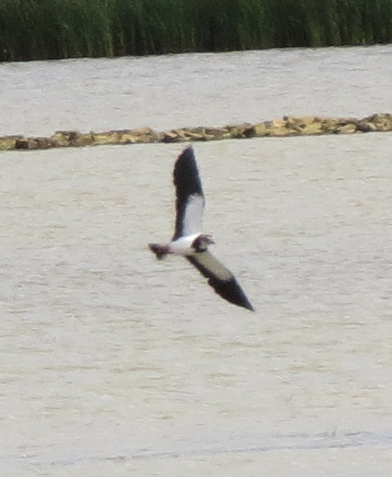 Posted by colintheconroy on Friday, September 04, 2020 No comments:
Email ThisBlogThis!Share to TwitterShare to FacebookShare to Pinterest
Older Posts Home
Subscribe to: Posts (Atom)

After a little break the Species Spotlight is back, although from now on it won't be every day. Today's species is a bird that is st... 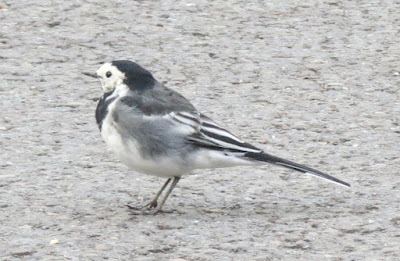