Moths of an Urban Garden #1 - The Brimstone Moth 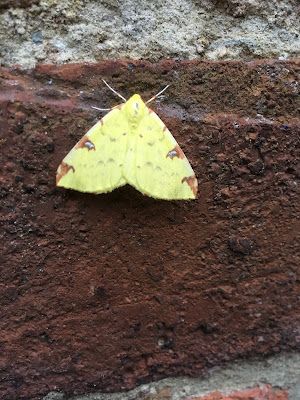 Hi everyone. This is the first in a series of short blog posts that I'm planning to do, hopefully once a week, using photos of moths that I have taken in my garden, in urban Middlesbrough, and on nearby sites (such as Middle Marsh Nature Reserve).

For the first entry I've chosen the Brimstone Moth (Opisthograptis luteolata). Even though you quite likely have never seen, or even heard of this insect, it is very widespread and common in the British Isles being found everywhere except Shetland (in the very northern part of our archipelago).

Like many moths it mostly flies at night (unless disturbed accidentally during the daytime) but is found in hedgerows, gardens, parks and woodland where it lays its eggs on Blackthorn and Hawthorn and other shrubs, which the caterpillars will feed on after the eggs hatch.

The English name comes from an old name for the chemical element Sulphur, which is a pale yellow colour, like the moth. There is also a species of butterfly called the Brimstone, a much larger species which you may have seen flying along woodland rides in the early spring.

Although common, I have only caught Brimstone at my garden moth trap once (on the 1st of August 2021) since I started trapping there in 2018. As with all the moths I trap, this one was released unharmed when I let it go. After resting a while on my garden wall, it flew away into deeper cover where it was safe from predation by birds.

17th Jan Walked down to Pallister Park with Sue just as it was getting light - Song Thrush singing vociferously from a tree just next to th... 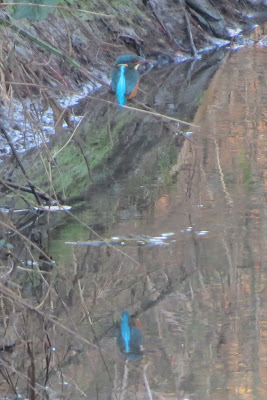