A trip to Hartlepool and five more NMT ticks

Yesterday I ventured further north on my bike than I have yet this year - to Hartlepool. For some reason I had been a bit nervous of making that journey, maybe because of a false perception of how far it was or because of fears about having to cycle on really busy roads. In fact the whole journey to Hartlepool via Cowpen Bewley Woodland Park and Ward Jackson Park, and back home via Seaton Carew beach and Saltholme, was about 33 miles, with hardly any hills (much less than  have ridden several times this year), and thanks to many off-road cycle tracks I didn't have to ride on the road very much, and no busy or dangerous bits.

I set off just after 6am and my first stop was Cowpen Bewley Woodland Park. I had been thinking of having a good walk round the park in the hope of seeing a Little Owl (which was reported there several times earlier in the year although not very recently) but because of my later than planned start and the fact that I would have had to lock my bike up (no bikes allowed inside the park), which is a bit of a palaver, I just scanned around a bit from the car park (seeing a noisy Great Spotted Woodpecker and a couple of Chaffinches) before carrying on.

The next section of my route was the one I was most concerned about and was not at all sure I wouldn't have to turn back and go a different way. It was marked on the Ordnance Survey map as 'public byway with access for all vehicles' and the last time I went on one of those it turned out to be 2 kilometres of deep mud (see http://northormesbynaturalist.blogspot.com/2021/05/three-gruelling-rides-for-7-birds-plus.html for more about that). Thankfully this time it was a surfaced road/track the whole way and was actually part of the Sustrans National Cycle Network (Route 14), so was a very easy ride, with Skylarks and Yellowhammers serenading me for some of the way. Once I hit the outskirts of Hartlepool I was on suburban streets and having to stop to consult the map quite a bit

The next scheduled stop was Ward Jackson Park - a pleasant but not very unusual urban park, except for the fact that it has a population of Ring-necked Parakeets. This large noisy green parrot (with a viciously strong red bill) was accidentally introduced to the UK from the Indian sub-continent and is now a very familiar sight in the south-east of England. It is, thankfully, still fairly thinly spread in the north. While I was standing chatting to a man who turned out to be the father of one of the volunteers that I know (slightly) at Saltholme, I started to hear one calling loudly. It took me a while to track it down but eventually I got a couple of back-lit shots of one at the top of a tree  number 150 on the NMT year list 😃😃😃.

From the park it was a short journey to the promenade along the north side of Hartlepool Headland where I spent the next few hours in glorious sunshine. Hartlepool Headland is one of the best spots in this area for sea-watching. Regular readers of my blog will know that I have a fairly low level of patience when it comes to sea-watching (unlike some birders who can happily spend hours sat on a rock gazing out to sea through their telescope in the hope of seeing a rare skua, shearwater or maybe even an albatross). However, there were several common seabird species that were still missing from my list for this year so I knew I was going to have to put in a bit of effort to see them.

And it worked! Almost the first thing I saw when I got to the seafront and put up my binoculars was a small flock of Common Scoters flying north just out to see - NMT #151. The Common Scoter is a dark (all black in the male) sea-duck which can be seen all around our coasts for most of the year but which most people never see as they rarely come very close to the shore. I saw several small flocks during the day and looked at them closely each time in the hope of picking out a flash of white which would have indicated that one of them was a Velvet Scoter - a rarer species which is occasionally seen with the Commons - no luck though.

The next two species came along fairly quickly, although they did take a bit of scanning before I picked them out - Gannet and Manx Shearwater (#152 & 153). The Gannet (or Northern Gannet to give it its full name) is a large white seabird with black wingtips which catches fish by diving headfirst into the water from a great height in a quite specular fashion. Manx Shearwaters, although also black and white, are quite different - delicate and long-winged like a small albatross (to which they are related). Small numbers were flying up and down the coast throughout the time that I was there.

During the morning I moved along the prom, ending at the Heugh (pronounced 'huff' I believe) Battery where I met another birder, with sharper eyes and a better scope than me, who saw several Puffins flying past far out to sea that I wasn't able to get on to. Eventually he did pick one out sitting on the water a bit closer in and I was able to see it through his scope, bringing the list to 154.

The Puffin is one of our best known and most beloved seabirds, with their big brightly coloured beak and clown-like appearance, but they can be quite hard to see. Your best chance of seeing one close enough to see the amazing bill is a trip to a breeding colony, such as those at Bempton Cliffs in Yorkshire or the Farne Islands in Northumberland (where the photo below was taken) between May and July. They breed quite early in the year and have nearly all gone by mid-August. Most of the year is spent far out to sea, making their full name, Atlantic Puffin, quite appropriate.

I had my lunch sitting on the Heugh Breakwater, looking out on rafts of Eiders and Herring Gulls, with occasional Cormorants flying overhead, and Oystercatchers on the rocks. During the migration seasons in spring and autumn Hartlepool Headland often plays host to rare or scarce songbirds, so there is a good chance I will be back there later in the year after some exciting potential addition to my NMT list (or even my life list). However, there was nothing like that on this occasion so after lunch I headed south again, along the coast this time (but including another bit of Cycle Route 14).

The main excitement on the way home was the colony of Little Terns on the beach at Seaton Carew, a few metres away from people sun-bathing, swimming and building sandcastles. Not an NMT tick but some of the best views I've ever had of this declining bird which, like all beach nesters,  these days is always going to be competing for space with human beach-goers. At Seaton Carew their nesting areas are fenced off and guarded by wardens from the Durham Wildlife Trust. That these really are tiny birds becomes especially obvious when you see one chasing away a Herring Gull that has come too close - they look like an angry mouse chasing away a cat. 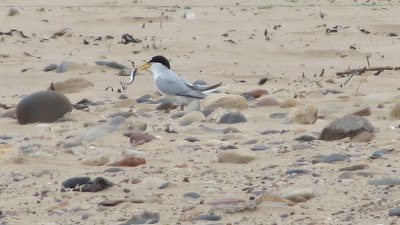 Before I go here are some photos of other flora and fauna that I have seen over the past couple of weeks.

FeedBurner, who provide this service, are discontinuing it from July so if you want to keep getting notifications when I publish a new post you will need to 'migrate to a new email subscription service' (their words, not mine). I think you can do this by clicking on the "Follow" button at the top of the right-hand side-panel on the screen.

Posted by colintheconroy on Sunday, June 20, 2021
Email ThisBlogThis!Share to TwitterShare to FacebookShare to Pinterest 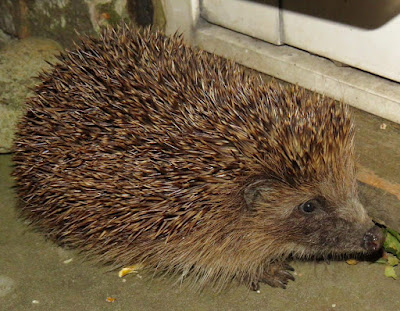